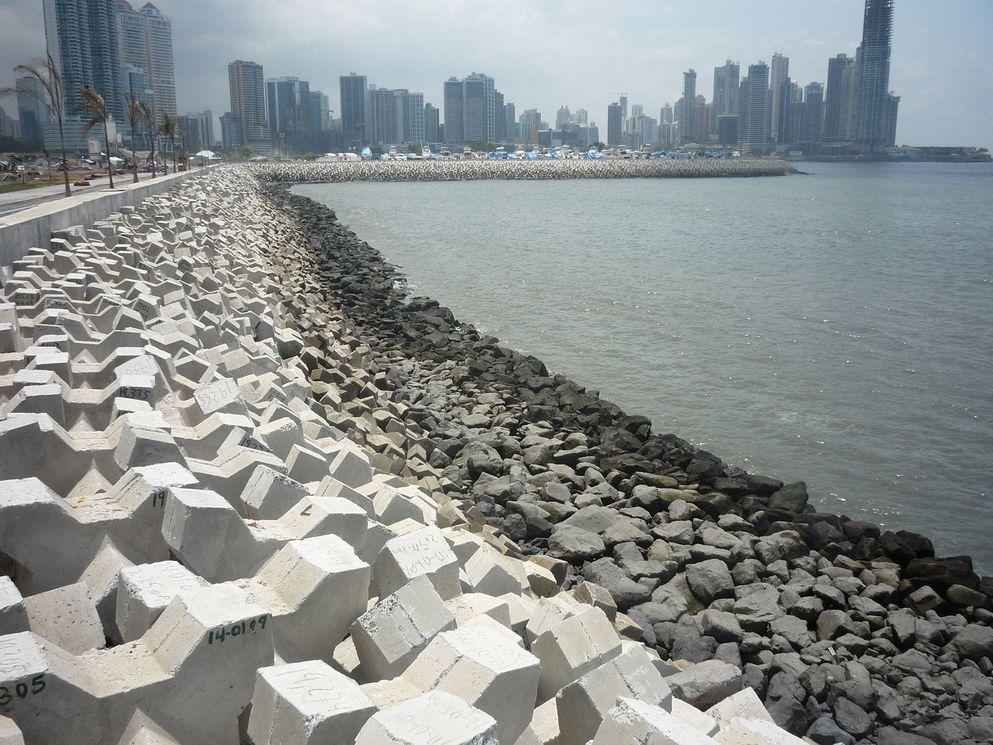 Shore protections in shallow water are traditionally designed with rock armour. For this purpose large quantities of rock have to be imported from often distant quarries.

The main advantage of Xbloc or XblocPlus for such projects are:

As an example case study a shore protection along the East coast of the UK is shown in the figure below. The figure below compares the amount of material required for a rock (left) and an XblocPlus (right) shore protection. The structures are designe for the same wave conditions and overtopping rate. Less material in case of XblocPlus brings about a reduction in construction costs of 50% and a reduction in CO2 emission of 25%.

Shore protections with Xbloc or XblocPlus armouring also have their advantages when applied in urban areas. Heavy transport through for example congested cities can be minimized from a safety point of view. When using a rock armoured protection large rocks, which take up a lot of volume in a truck, would have to be tranported through the city. By using Xbloc or XblocPlus armouring the total amount of required materials can be largely reduced. The slopes of these types of armour can be relatively steep which reduces the amount of filter, core and armour material.

In Bar Beach in Nigeria, the protections consists of 1.5 m3 Xblocs. The aim of this project was to protect the coastal community against the threat of a long lasting erosion problem of over 50 years which led to the regression of hundreds of meters of coastline. 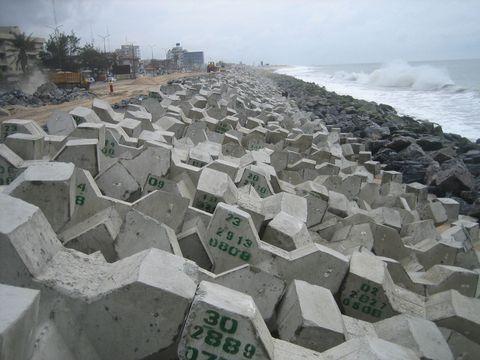 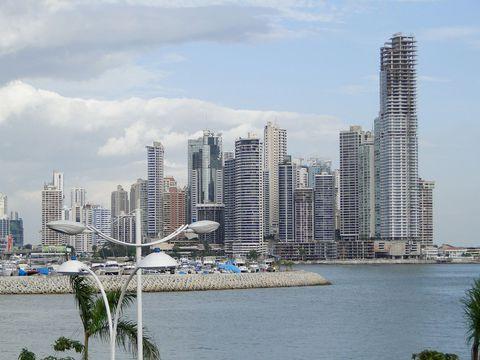 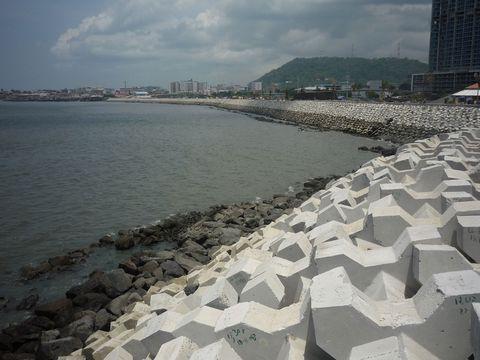 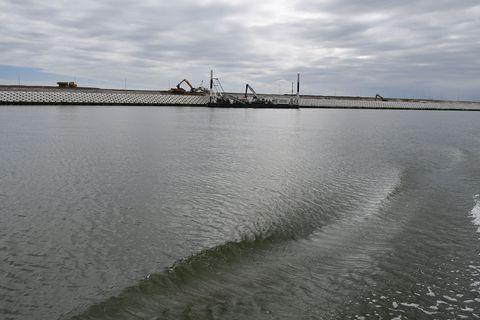 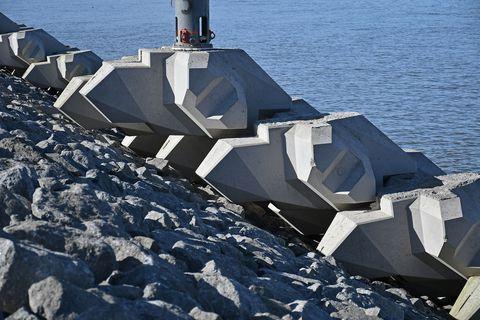