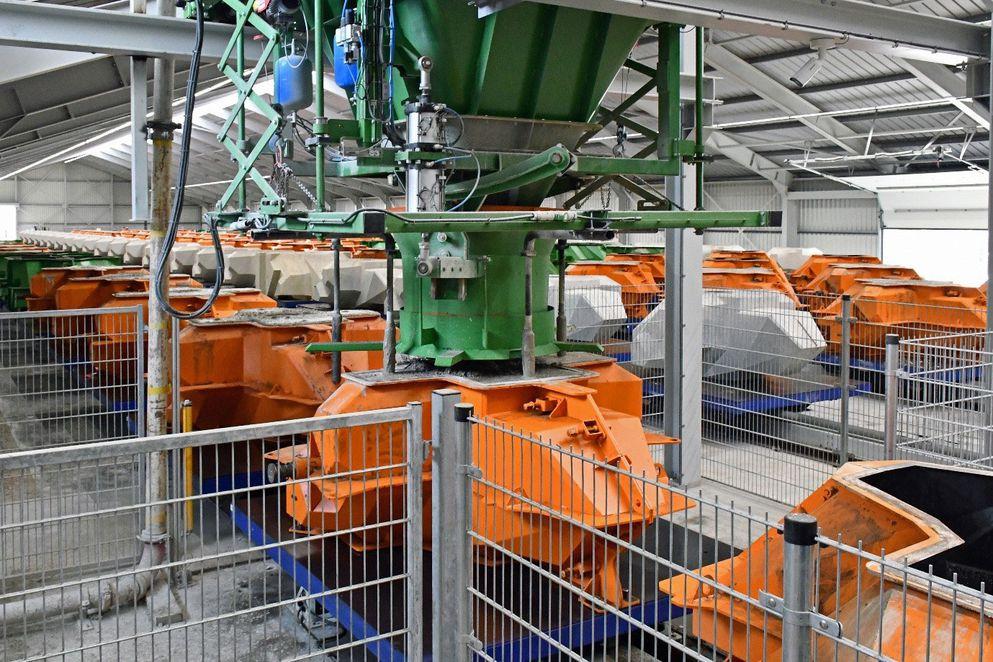 There are 2 options for block production:

The first option is suitable for small to medium size projects. The moulds are lined up in a row (row 1) and filled by concrete truck mixers, sometimes with a concrete pump or bucket and in other projects directly from the concrete truck mixers which are positioned above the moulds. 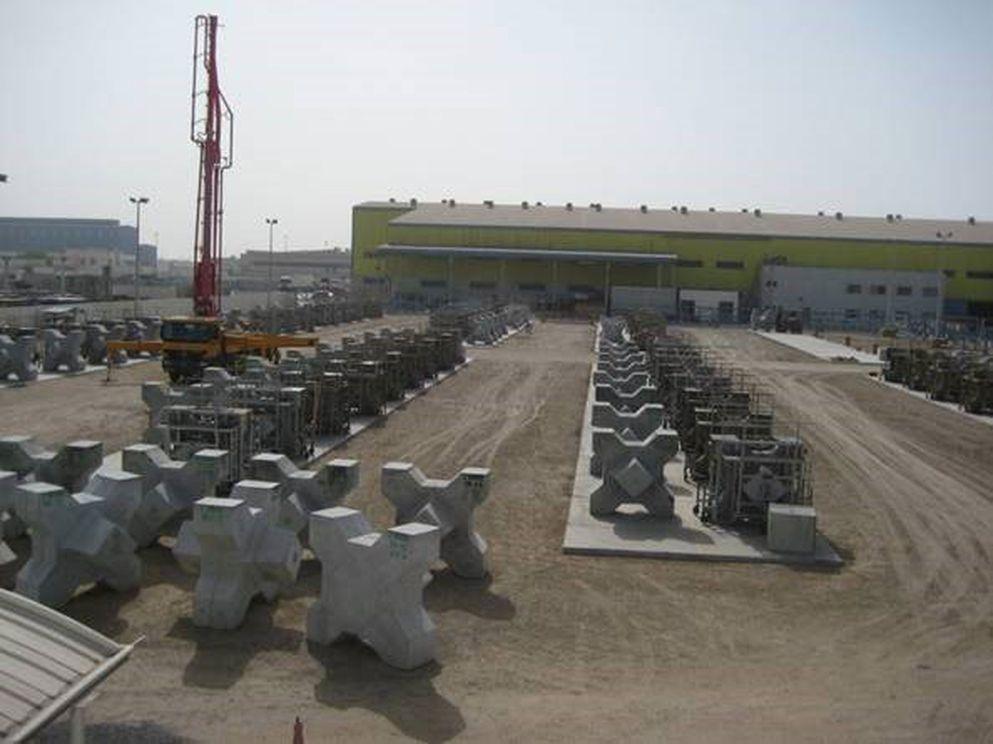 After sufficient curing time, the moulds are opened and the blocks remain in row 1 to attain more strength. The moulds are cleaned, sprayed with demoulding agent and closed again in row 2 where they are again filled with concrete.

On the next day, the blocks in row 1 are lifted and transported to the storage area, the moulds in row 2 row are opened and prepared for casting of new blocks in row 1.

The second option is more suitable for larger projects, typically in countries with high labour cost. Examples of such projects are the Afsluitdijk in The Netherlands and the Port of Calais 2015 in France.

The moulds are placed on a carousel system which moves the moulds to a casting station where they are filled. The filled mould is then moved through the factory until it has sufficient strength for demoulding at the demoulding station. After demoulding, the block is moved towards the storage area. The mould is cleaned, sprayed with de-moulding agent, closed and moved again to the casting station. 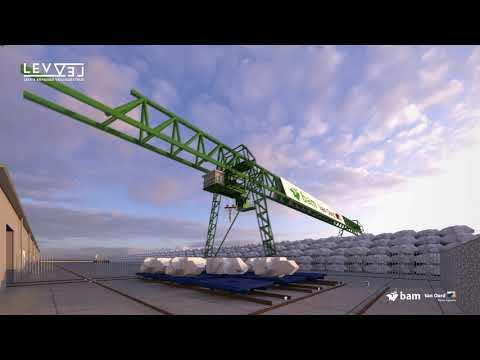 Apart from the smallest Xbloc sizes, Xbloc moulds are typically too high to be filled directly from the truck mixer. Therefore, the moulds are either positioned next to an elevated roadway in order to allow direct filling into the moulds. Other options are filling with a concrete pump, a bucket or from a conveyor belt. 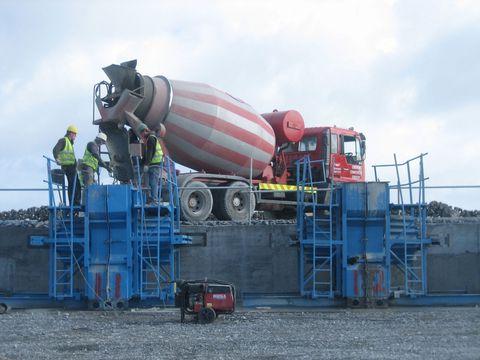 XblocPlus is much lower and typically low enough to be filled directly from the truck mixer without the need of an elevated roadway.

Both Xbloc and XblocPlus need proper compacting to make sure that the concrete is sufficiently dense. 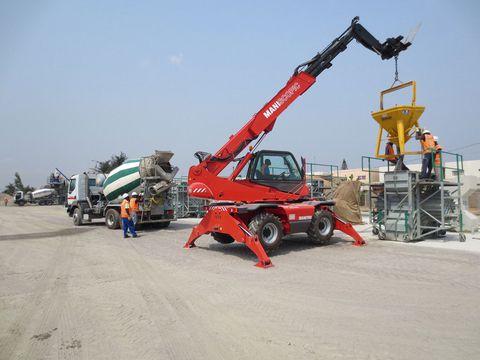