The 8 m3 Xblocs on Guam are cast using the horizontal casting method. With this method one nose of the Xblocs is below ground level during casting. This facilitates the pouring of the concrete. During casting the X shaped base of the Xbloc is in a horizontal position and the top of the base mould is not covered. A truck mixer is able to pour the concrete directly in the mould without the requirement of an elevated roadway or crane. Both steel and wooden moulds are used. The mould consists of 6 parts, a bottom part, 4 side parts and a top nose part.

After hardening the 8 m3 Xbloc is lifted out of the bottom mould using cast in lifting anchors.

The project is constructed by IBC-TOA. 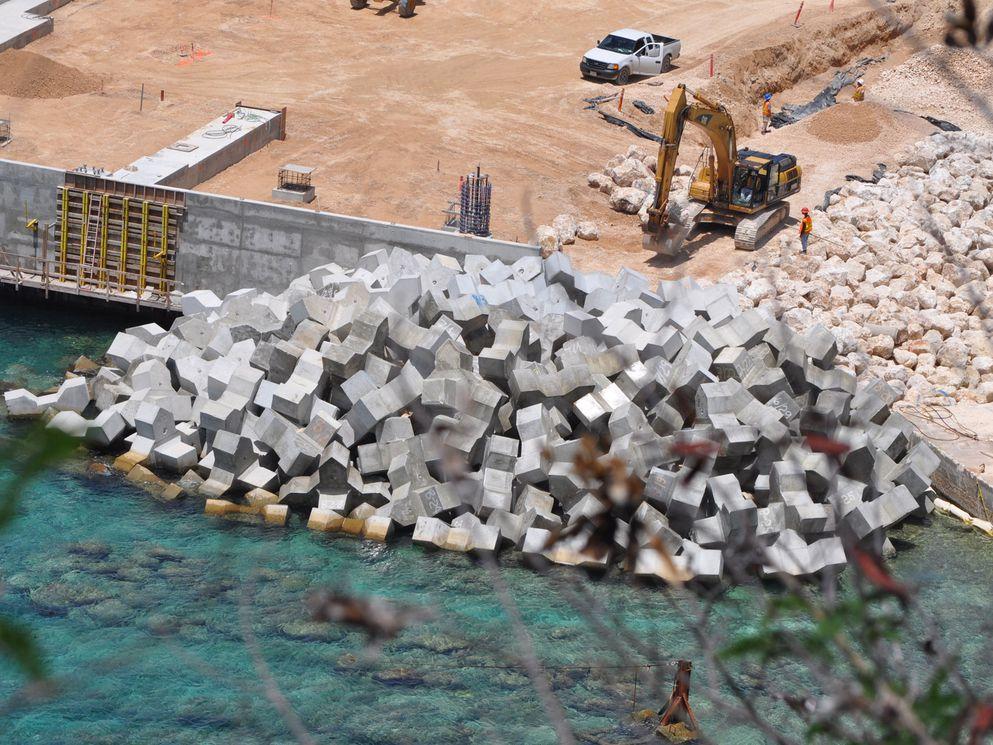 Start of production
Beginning of 2009 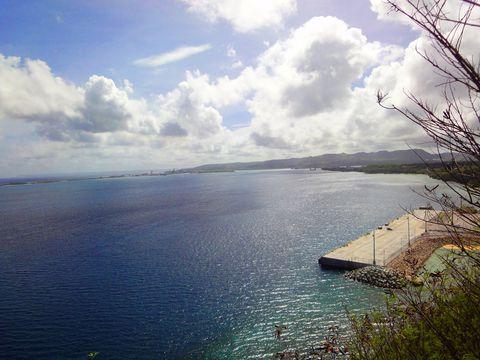 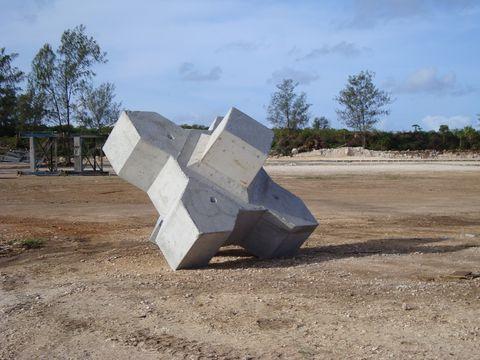 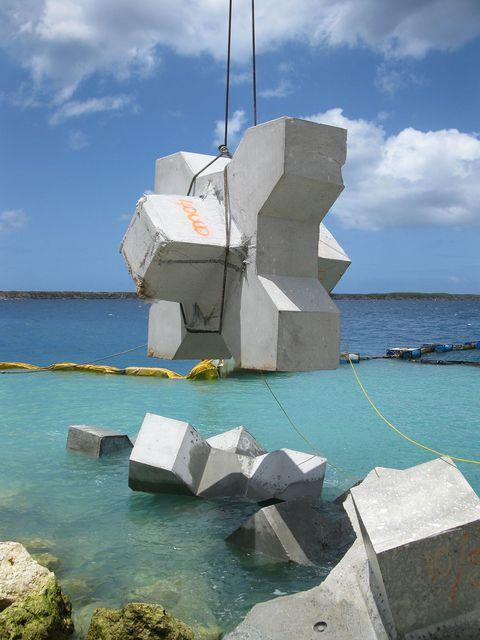 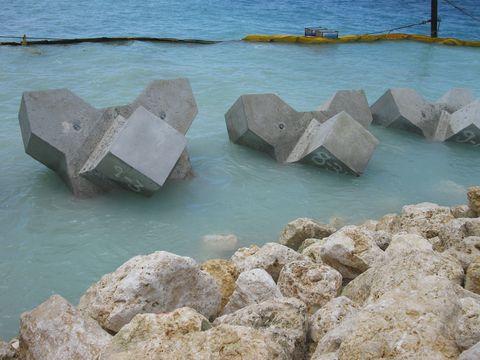 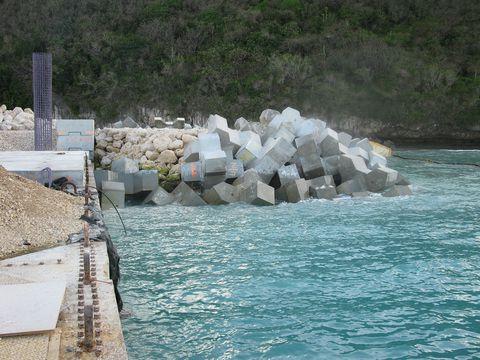 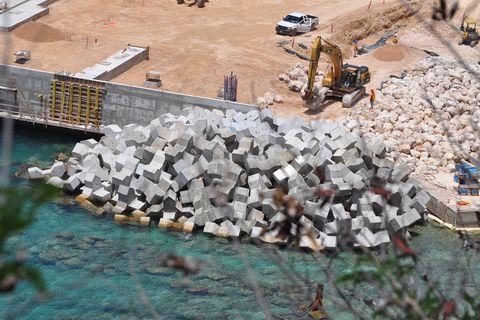