At Swinoujscie an LNG terminal is being constructed. The 3 kilometre long breakwater required for this terminal is built by a joint venture of Boskalis, Hochtief, Per Aarsleff and Doraco.

The breakwater consists of a steel cofferdam structure with Xbloc concrete armour on a rock core on the outside.

On the main breakwater Xblocs of 5, 2.5 and 1 m3 are applied. The Xblocs are cast in the port of Swinoujscie.

The Xblocs are transported by barge to the inside of the breakwater and are subsequently placed by hydraulic excavators.

Model testing has been carried out in the laboratory of Delta Marine Consultants in Utrecht, Netherlands.

Xbloc underwater placement is assisted by the Echoscope 3D real time sonar. With the Echoscope, the excavator driver is able to see the Xbloc he is placing underwater in real time. Also the previously placed Xblocs are visible on the screen in the drivers cabin in their actual position.

When the Xbloc moves because the lifting chain is pulled out from below the Xbloc, this is visible to the excavator operator. An Echoscope image of placed Xblocs is shown below. 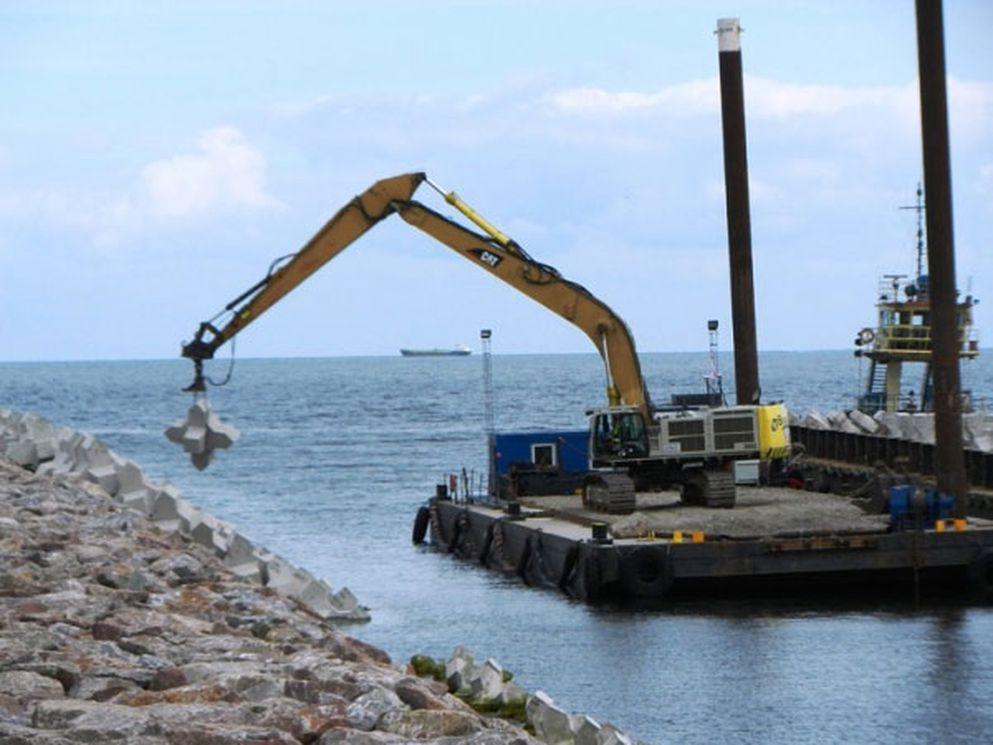 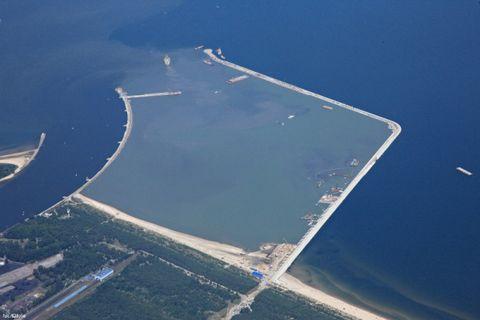 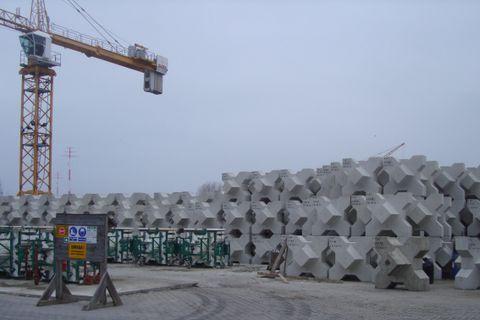 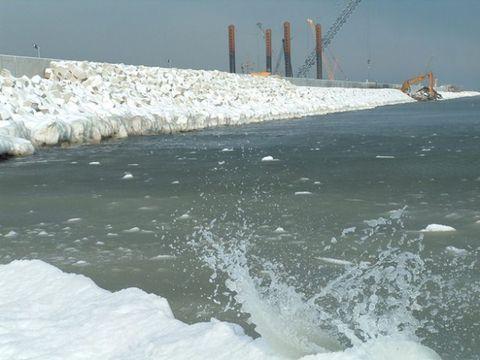 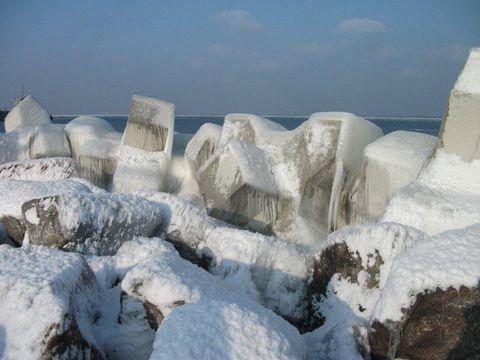 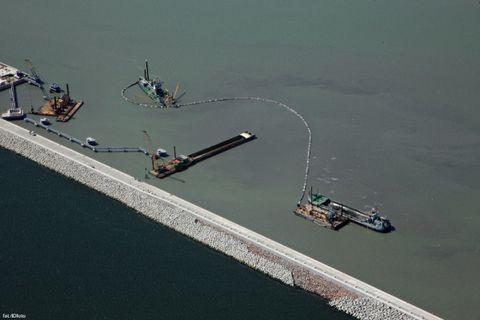 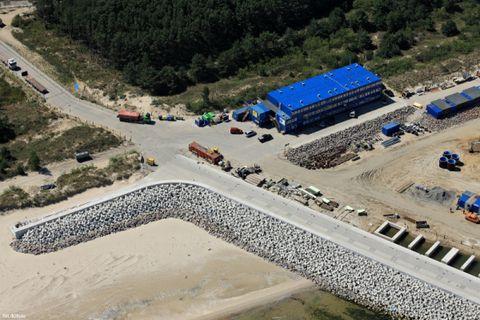 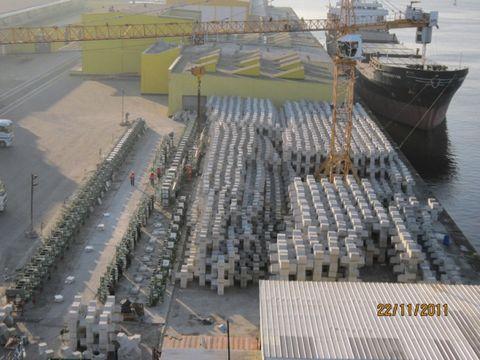 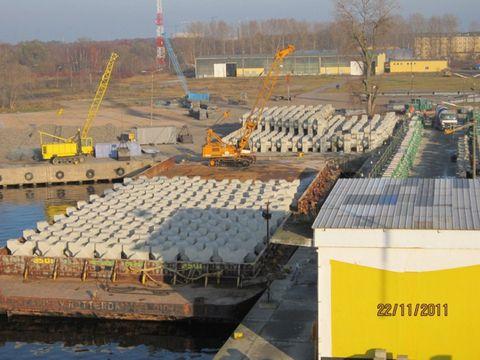 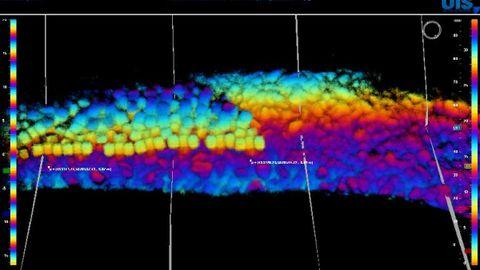